"A Way Back Into Love" by Veronica Thatcher

Bloggers are cordially invited to participate and spread word about author Veronica Thatcher's just released book "A Way Back Into Love".
For more details please scroll below,

Sign-up form can be found at the bottom of the page. 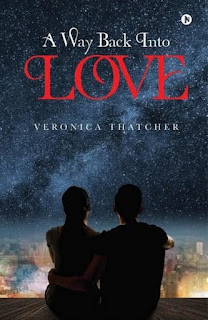 Nothing is perfect. Life is messy. Relationships are complex. Outcomes, uncertain. People, irrational. But love… Well, that complicates everything. When you are caught in a tangled web of secrets, lies, and complex affairs, someone is bound to get burned!

Emily Stevens is a spunky, spirited college girl whose life is turned upside-down when she realizes she's in love with her best friend of fifteen years, Derek Thorpe. As Emily prepares to confess her feelings to Derek, something happens one night which changes her life forever. Five years later, Emily finds herself in Boston, alone and heartbroken. Will she ever be able to forget the past? What will she find when she returns home... to the man she left behind? 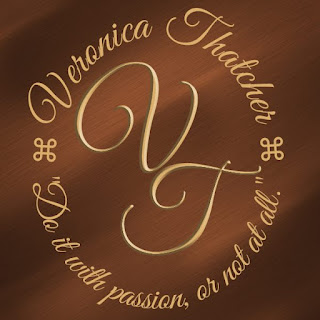 Veronica Thatcher is an exciting new contemporary romance author. Since she was young, she dreamed of being a doctor when she grew up. While still forging ahead with that, majoring in pre-med in college, she unwittingly stumbled upon a new dream: of becoming a published author. Some call her an introvert or a wallflower, but she has always found she could express herself better in writing, rather than in speech.

However, never in her wildest dreams had she envisioned that she would pursue writing as a career, and not just a hobby. Her love for writing goes hand-in-hand with her love for a good romance novel—whether a feel-good, sweet romance or a dark, suspenseful one.

When she’s not studying, reading, or writing, she is usually found blasting her favourite songs, sometimes singing and dancing along to them. Besides this, she dabbles in painting karate, singing and dancing. She is a huge chocoholic – probably the biggest – and an ice-cream junkie too. She considers herself technologically handicapped forever and has no shame in admitting that. She also deems chocolates her boyfriend, Patrick Dempsey, the love of her life, and Friends her life! 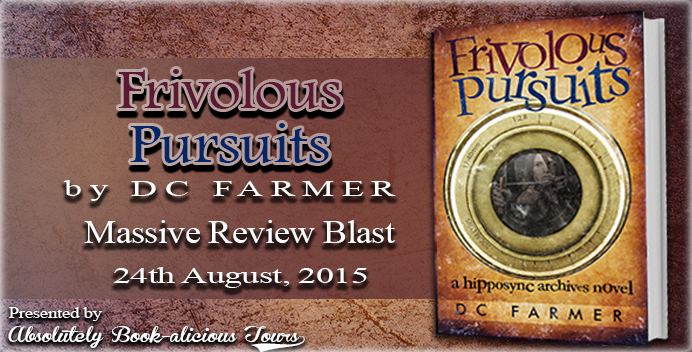 Bloggers are cordially invited to participate and spread word about author DC Farmer's upcoming book "Frivolous Pursuits".
Massive Review Blast requires the participant bloggers to read the book and post their reviews on a particular date.

Sign-up form can be found at the bottom of the page. 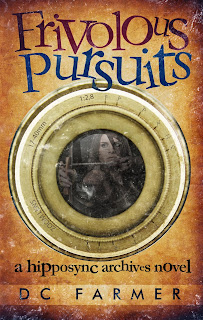 Darren Trott has a job, a feisty girlfriend and a house with potential. Oh yes, he's living the dream. Problem is, it isn't the dream he applied for. You see, Darren likes taking photos of plastic models in real world settings. He calls it art. His girlfriend Amanda calls it a frivolous pursuit. She wants him to give it all up and turn his garage studio into a nail bar. Trouble is, his art won't let him. Every time Darren takes a picture, something very peculiar happens. Something amazing, and weird, and genuinely out of this world. Psychopathic relatives, aboriginal demons, warrior queens, and a Brownie called George with red skin, claws and an attitude bigger than a banker s wage, all want a piece of Darren. But they'll have to get past Amanda first because she's at the front of the queue. DC Farmer cordially invites you to join him in exploring the next white-knuckle case report from the Hipposync archives. 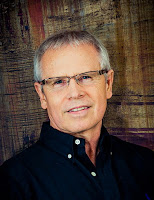 DC Farmer (as someone else--names changed to protect the innocent) began writing thrillers while the kids were in the bath. They grew up and so did he. Now he writes speculative fiction under the umbrella of the Hipposync Archives.
He lives in Wales and uses quite a lot of that umbrella.

Frivolous Pursuits is the second book in the Hipposync Archives series and follows on from The 400Lb Gorilla.

"An Abduction Revelation: The Comeback Kid Returns" by Thomas Hay 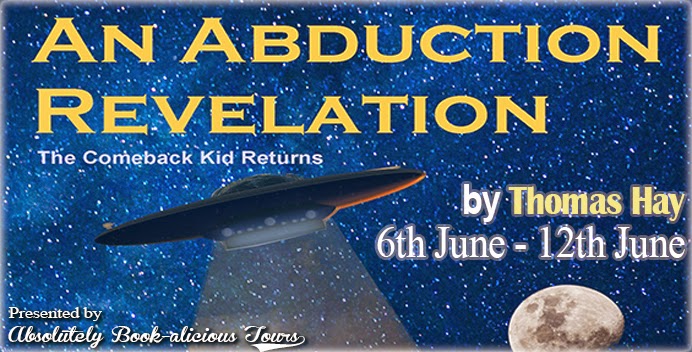 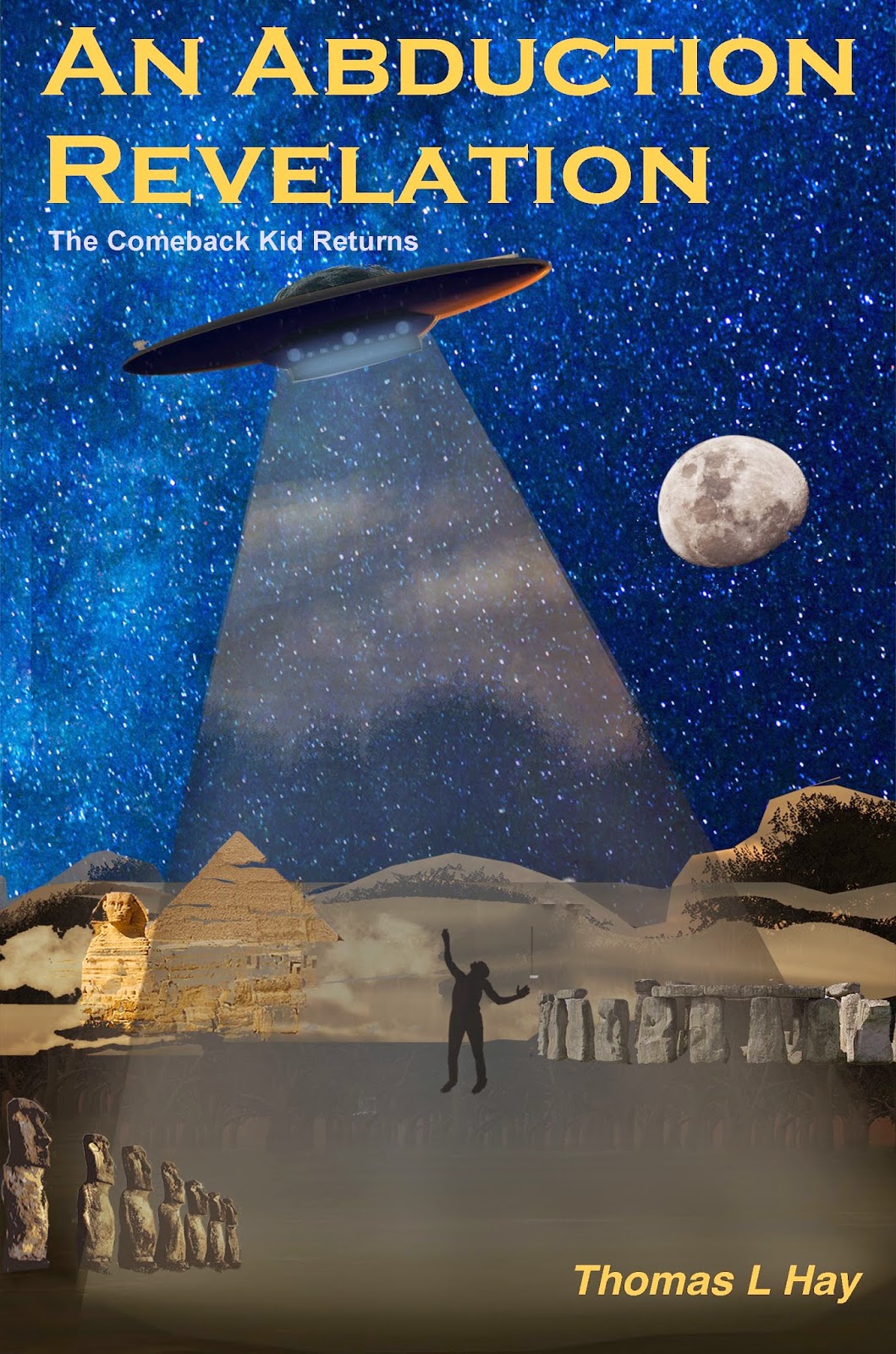 A story that explores a compelling blend between mysterious unknown entities with seemingly true events. Think Close Encounters of the Third Kind blended with Total Recall.

Who are the abductors? Where do they come from? Where are they hiding? Do they even exist? The secrets are revealed in an intriguing adventure filled with mystery, a dash of romance, and a shocking revelation that will torment your reality.

Join 'The Comeback Kid' on his incredible world wide journey as he uncovers secrets behind his abductions and comes face to face with his abductors.

Whether you believe in UFOs and aliens or not, this is a truly interesting story. Pinky Pollock

I am not a sci-fi fan, but this book fascinated me and held my interest from start to finish.Caitlin

Hay is a fabulous storyteller. Rivals with the best sci-fi novels. Zillie Carlson

NOTE: This book stands alone and is not a sequel. 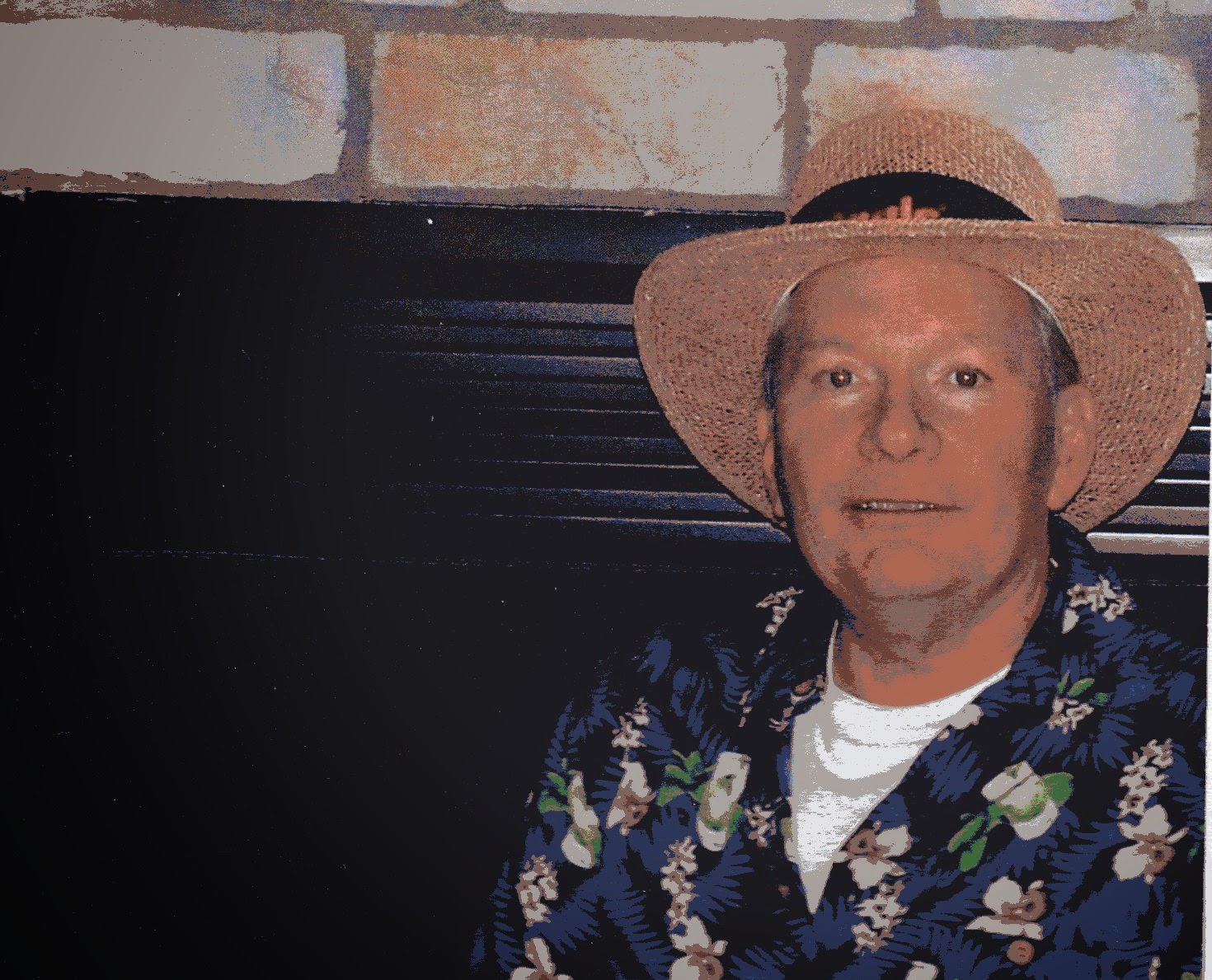 EMPLOYMENT: Clinton Eye (Democrat) delivery boy. On a bicycle no less. US Navy (Radioman) for four years. TWA and American Airlines for 39 years.

Resides in the Kansas City Northland since 1978. When he is not golfing, fishing, or singing Karaoke, he enjoys spending quality time with family and friends. He currently lives in Lake Waukomis, Mo. with his lovely wife Karen, some hyperactive squirrels, too many irritating geese and a few cranky old catfish. 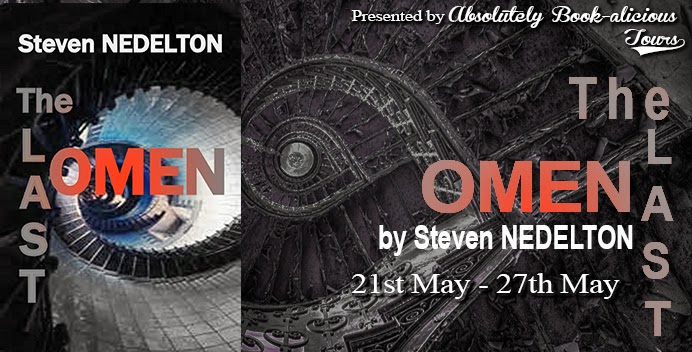 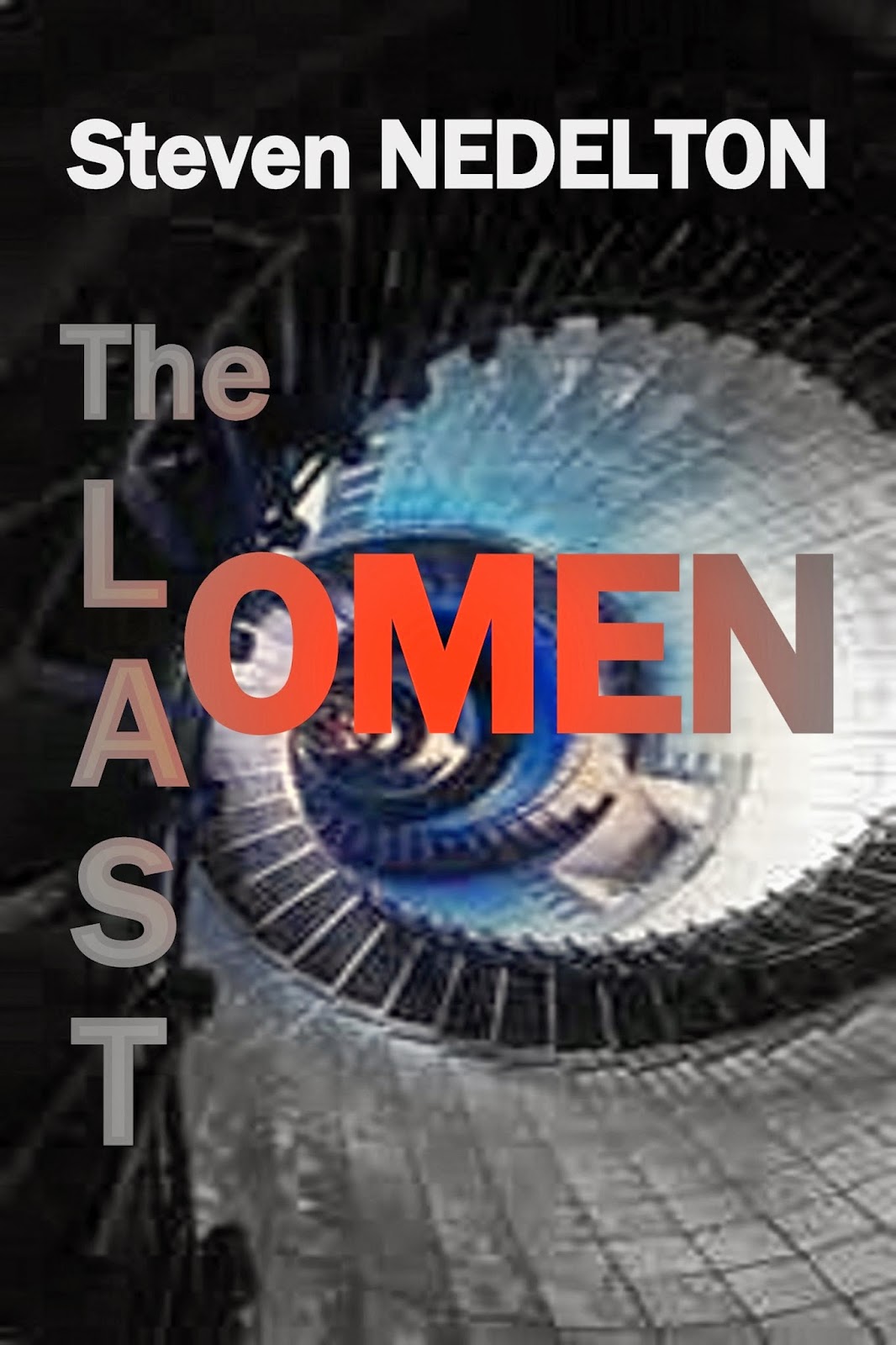 This occult suspense story is about a possessed woman, a journalist/author trapped by her demon and a soldier of fortune hunting untouchables. The journalist/author, C. Adams, inherits a fortune from his uncle. He is pursuing a successful business woman when he discovers that she is possessed by a demon. She warns him, but the demon turns vicious and the journalist is exposed to blood-freezing occult encounters. In a parallel narrative, a foreign soldier, married to a New York City nurse, and desperately looking for employment in the New York City, turns to bounty hunting the most dangerous untouchables. At one point, the paths of the two men cross. Detective Richter is trying to unscramble the puzzle, but cannot control the events. What happens next, when demons possess the naïve—is up to the reader to discover.


The partly true-life thriller tale contains horror settings, unrelenting action and true demon encounters. If you never believed in the paranormal, you will after reading this entertaining book. 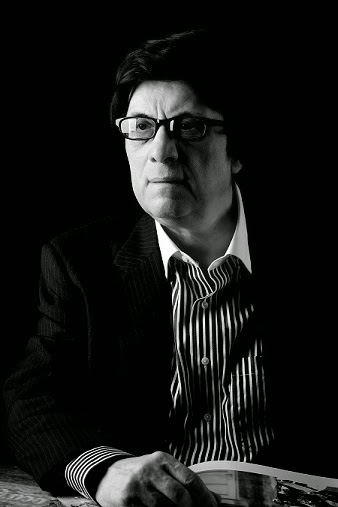 Steven Nedelton writes suspenseful novels in crime, mystery and paranormal genres. Author’s published titles are: The Last Omen/Possessed, Dance of Shadows/Dangerous Trade, The Raven Affair, Fear!, A Suitcase Mystery, Nemesis--the sequel and Coma Sins/The Madness of Ben Bluman which he wrote with another author, Joseph F. Parente. Steven’s novels were evaluated by the Amazon reviewers, the Midwest Book Review, The US Review of Books, Book Pleasures, Apex Reviews and were rated Five Stars or the equivalent. Fear! received a special five years recognition from the Midwest Book Review Journal in 2011. Currently, Steven is working on his next novel, a new thriller.

Author’s novels are available in ebook, paperback and audio formats on Amazon, Audible.com and Itunes.com. Some of the books are available at Barnes and Noble, B&N.com too. Steven has been always an avid reader of suspense/thriller novels and his favorite Authors are S. King, Ludlum, LeCarre, Clive Cussler, Lee Child and F. Forsyth. Steven lived for several years in France, as reflected by some of his characters in the thrillers Dance of Shadows/Dangerous Trade and The Raven Affair.

Throughout the week, Nedelton's book will be offered at $2.99 each on Amazon

Massive Review Blast: "The Many Lives of Ruby Iyer" by Laxmi Hariharan 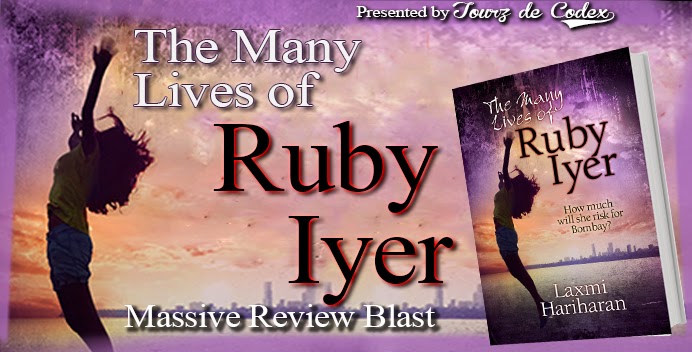 With a release date slotted for November 13th, you bloggers are cordially invited to participate and spread word about author Laxmi Hariharan's upcoming book "The Many Lives of Ruby Iyer".

Massive Review Blast requires the participant bloggers to read the book and post their reviews on a particular date.

A giveaway will also be conducted for both reviewer and reader. 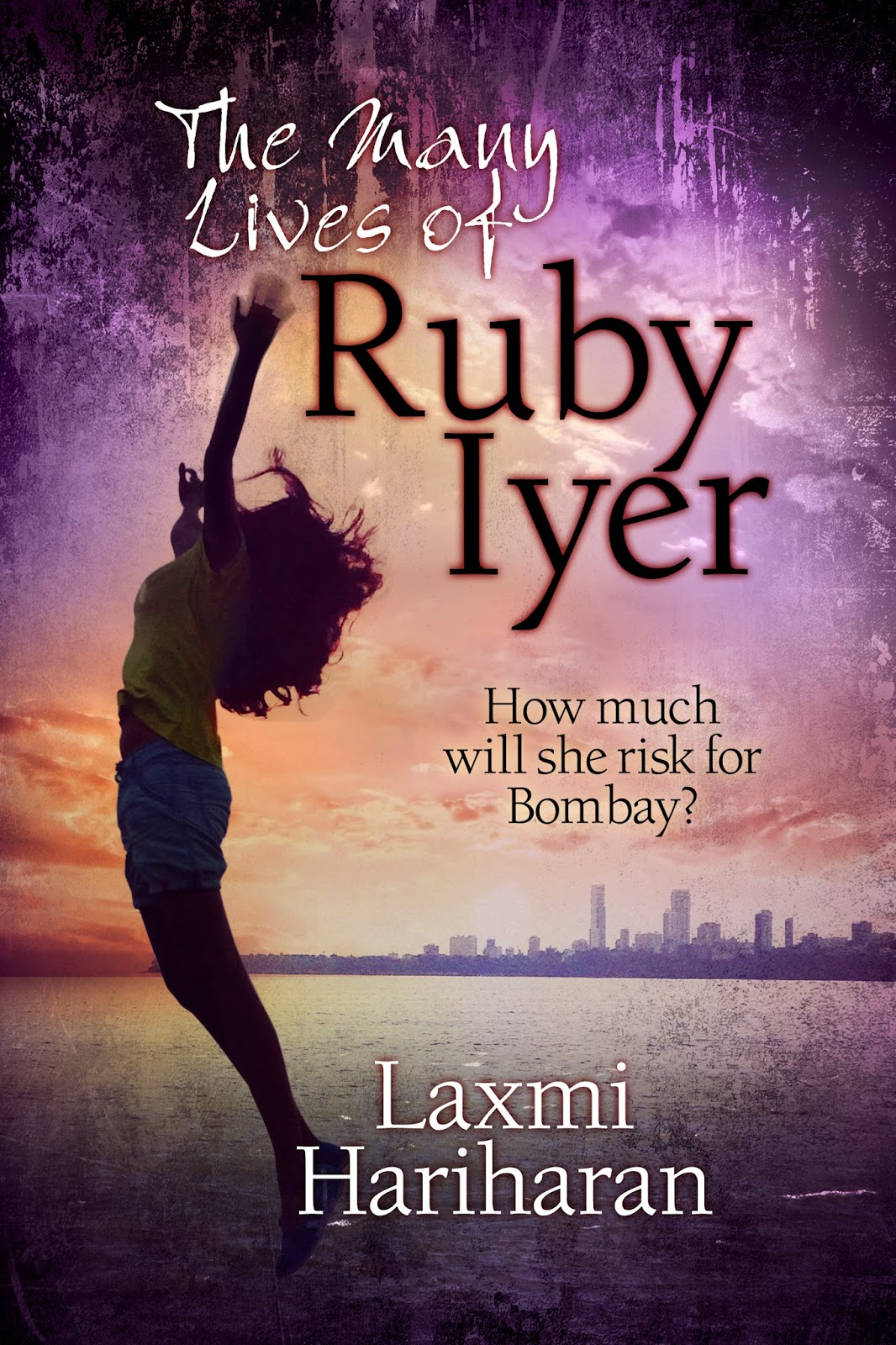 A girl desperate to rescue her best friend, a cop willing to do anything to save the city he serves, and a delusional Doctor bent on its annihilation.


When Ruby Iyer's best friend is kidnapped by the despotic Doctor Kamini Braganza, she will do anything to rescue him. Anything, including taking the help of the reticent Vikram Roy, a cop on a mission to save Bombay. The city needs all the help it can get, and these two are the only thing standing between its total destruction by Doctor Braganza’s teen army. As Bombay falls apart around them, will Ruby be able to save her friend and the city? Will she finally discover her place in a city where she has never managed to fit in? And what about her growing feelings for Vikram? 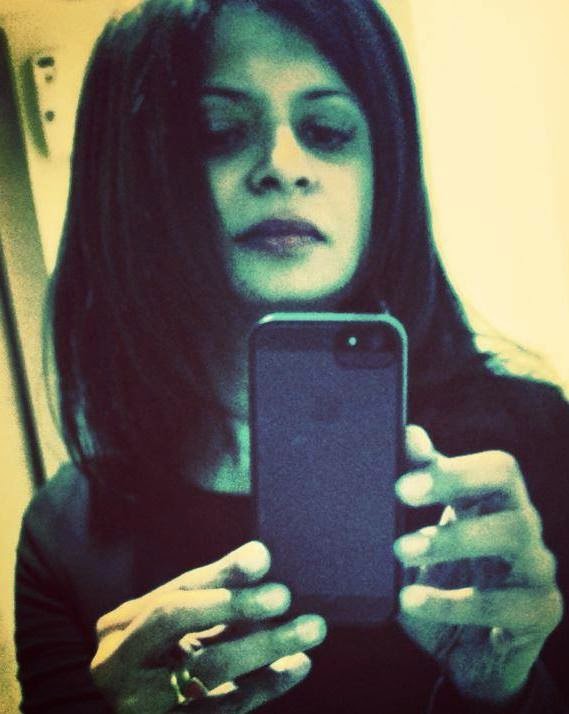 A near life experience told Laxmi Hariharan to write. She never stopped. Laxmi is the creator of Ruby Iyer, and the Amazon bestselling, eLit Gold winner The Destiny of Shaitan (Bombay Chronicles, 1). She has been a journalist, and a global marketer with NBCU and MTV. Laxmi also blogs for Huffington Post, among others. London is where she writes. Bombay is what fires her imagination. Reach her @laxmi or at http://www.laxmihariharan.com/ 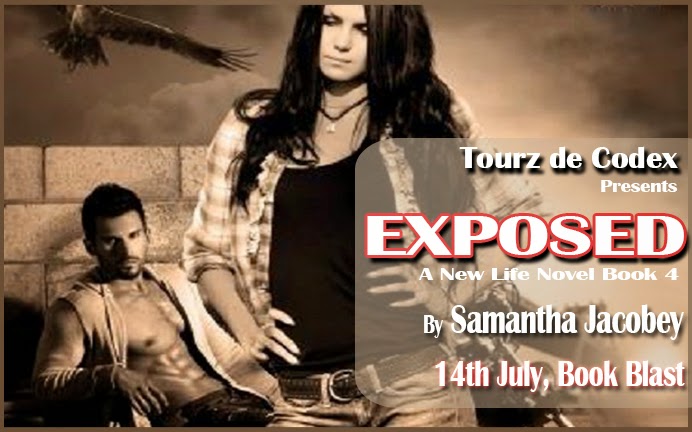 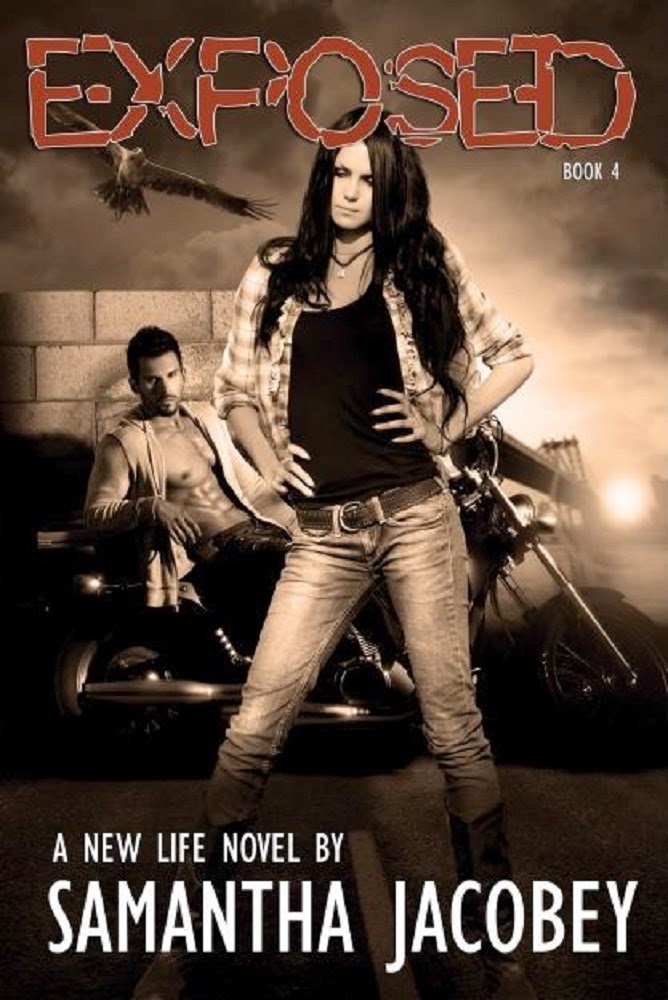 
Book 4 in A New Life Series

When seduction and danger are all you've ever known can you ever truly leave it behind?

When Tori walked away from a life of crime, she set forth on a path of redemption and discovery. She found a man to call her own, and a life she would give anything to keep. But love and life aren't always beautiful or kind...sometimes they are painful and traitorous.

For years, Tori's drug of choice was alcohol, but through hard work and self-determination she has learned to exist without it. Suddenly faced with her true identity, and the danger of having friends and family destroyed by the world she left behind, she finds herself once again lost in a dark world filled with sex. drugs and murder.

She thought that a life of normalcy is what she wanted most, but when she gets a small taste of the dangerous life she once lived, she is forced to face the facts...not all of the demons are found on the outside.


This book is intended for readers 18+ and contains scenes that may cause distress to some readers: Abuse, Kidnapping, Rape and Substance Abuse are described in detail.


I grew up and still live in the great state of Texas where everything is bigger, where we have warm weather and a central location. I love my state, my town, and my family, which includes my four sons, my significant other, and many friends as well.

I have thoroughly enjoyed writing the books that are currently available and hope you will enjoy reading them just as much. And of course, there will be many more stories to come. 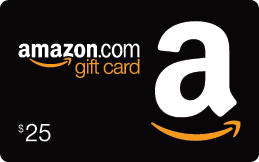