"THE UNIVERSAL MIRROR" BY GWEN PERKINS 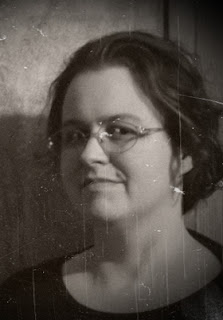 Gwen Perkins is a museum curator with a MA in Military History from Norwich University. She has written for a number of magazines, exhibitions and nonfiction publications. Her interest in history fueled the creation of the world of The Universal Mirror, inspired in part by people and events of the medieval and Renaissance periods. She lives with her partner and three children in Tacoma, WA.


The Universal Mirror is the first novel of the Artifacts of Empire series. Gwen is presently at work on the second volume, entitled The Jealousy Glass.

About THE UNIVERSAL MIRROR:- 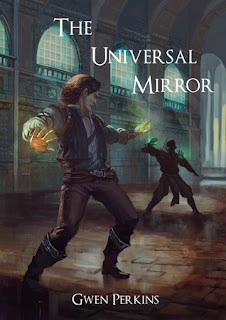 On the island of Cercia, the gods are dead, killed by their followers and replaced with the study of magic. Magicians are forbidden to leave their homeland. Laws bind these men that prevent them from casting spells on the living—whether to harm or to heal.

Quentin, a young nobleman, challenges these laws out of love for his wife. His best friend, Asahel, defies authority at his side, unaware that the search for this lost magic will bring them both to the edge of reason, threatening their very souls. The Universal Mirror shows how far two men are willing to go for the sake of knowledge and what they will destroy to obtain it.