Find her and the book Here:- 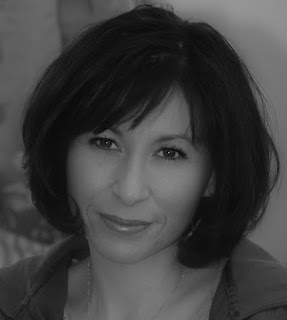 Deidre D Havrelock grew up in Edmonton, Alberta, Canada where she eventually met her husband to be, DJ. It was DJ who initially noticed Deidre’s dark state and worked to seek out someone willing to perform her exorcism. Eventually, the newlyweds found their way to the southern hot spot of Brooks, AB where Deidre began writing. From there the family trekked across eastern Canada to Moncton, NB where they learned to love French fries with cheese curds and gravy. Currently nestled in the hills of Kennewick, Washington, Deidre has two horses, one dog, three cats and too many rabbits…and let’s not forget her wonderful husband and three energetic daughters. Her memoir, Saving Mary: The Possession chronicles her dark childhood and the path that led to her demonic possession. She is currently working to finish book two of her spiritual memoir, Saving Mary: The Deliverance. 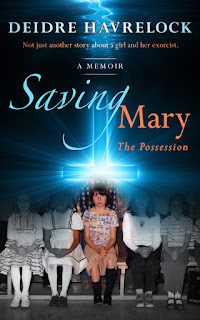 If you’re a fan of supernatural fiction then you will be captivated by this true story about a spiritually sensitive girl and the path that led to her possession. Part one of a two-part series, Saving Mary is the story of a modern-day Mary Magdalene—the woman from whom Jesus cast out seven demons.

Deidre Daily is drawn to anything seemingly spiritual, desperately seeking a spiritual existence. But inside this vibrant girl hides a terrified child who sincerely believes she has married the devil. Through a series of spiritual encounters her fear turns into reality, and she ends up possessed.

Deidre’s fascinating spiritual memoir relays her story from childhood to adolescence: invisible eyes leering at her from the corner of her bedroom, horrible nightmares tormenting her, and her desperate attempt to find God—only to end up possessed. It is a candid account of possession from a first-person perspective. This dark memoir brings to light an intricate world of deceitful spirits hell-bent on manipulating and damaging an innocent girl’s life, not only through her dreams, but also through seemingly every-day encounters.

Travel with Deidre into the mysterious world of spirits, ghosts and demons. Awaken yourself to a world that isn’t supposed to exist; a world that’s as intriguing as it is sinister. And then emerge as a new person—invigorated, aware and intent on living in the light. Saving Mary; Not just another story about a girl and her exorcist.

For all the tour stops have one free kindle copy.