"The Star of Eldon" by M.L. Hamilton

Find her and the book Here:- 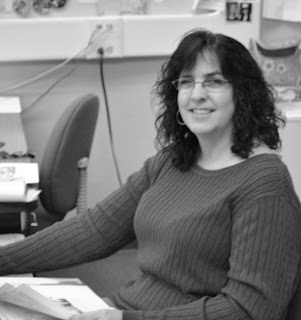 ML Hamilton has been teaching high school English and journalism in Central California for the last 20 years. Teaching students to appreciate literature has made her career rewarding; however, she always dreamed of publishing her own novel.


That dream came true. Her first novel, Emerald, was published by Wild Wolf Publishing in 2010. The sequel to Emerald, The Heirs of Eldon, followed in 2011. Now with the publication of the third novel in the series, The Star of Eldon, the world of Samar seems like home.

In addition to teaching and writing, she has three sons, three dogs, and two cats. If she isn’t writing, you can find her at a band concert or a baseball game.

The Star of Eldon is the book #3 in the World of Samar series, so lets get to know the 1st two below first:

The First Novel in the World of Samar Series - #1 Emerald

In one terrible instant, Kai is thrown from his comfortable life and plunged into a conflict that began before he was born. Worse yet, he learns that the one man who can help him is his enemy.

Kiameron is the crown prince of DiNolfol. He is torn between two destinies -- taking the crown upon his father's death or answering the call of his non-Human-like traits, traits associated with the mysterious Stravad.

The decision is made with the destruction of everything he holds dear. Armed with his strange powers and a mysterious talisman he doesn't know how to use, Kai decides to attack Gava, the despot who destroyed his life.

Crippled by self-doubt and fear, he falters in his quest, until he meets a man who forces him to take action. However, his new ally is hiding secrets, secrets that will rob Kai of everything he held sacred.

Tav and Tash might have been born twins, but they both want something different from life. Tav would love to study with the great scholars in Voltarian, while Tash wants to follow in his father’s footsteps, becoming a hero. Neither is prepared for what fate has in store for them.

With Loden once more facing war, an upstart king decides he has the answer. Unite the seven protectorates under one flag. Can he accomplish his dream? Can the sons of Kiameron keep him alive long enough to find out?


Finally the book of our interest-


The Seven Protectorates have enjoyed years of peace under Tav’s leadership, but a growing worry has surfaced. What about the land beyond Loden’s border? Where once there had been overtures of trade, now there is nothing. Tav decides to send a diplomatic expedition to re-establish contact, but who should go?

Adventure runs in the blood of Tash’s children, especially in his head-strong daughter, Shara. Shara wants nothing more than to be part of the expedition to Nevaisser, but her father will never agree. He fears for her safety, but a rash decision on his part takes the choice out of his hands and sets up a chain of events that will have far reaching consequences.

Nevaisser is a land teeming with conflict and at the heart of it is a mysterious stranger, hiding secrets that will test the alliance of the Seven Protectorates. A journey begun to protect Loden may result in tearing it apart.

Continue the adventure with the third installment in the World of Samar series.

For all the tour stops have one free e-copy copy.

We are looking 8 tourz hosts who can host M.L. Hamilton's "THE STAR OF ELDON". Since this is the third book in the WORLD OF SAMAR series so reviewers will be provided with the first 2 books of the series as e-copies, you are free to post their review whenever you wish but the main focus shall be on "The Star of Eldon".

She will be available for Author Interviews, Character Interview, Guest Posts, and Giveaways.