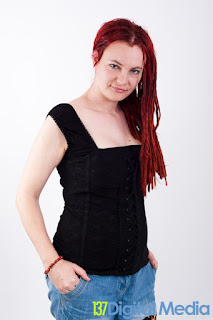 Marie Harbon has worked in both the retail and fitness industry. She has a degree in sport and fitness and taught group exercise for several years, delivering aerobics and Pilates classes. For two years, she delivered BTEC Sport courses and has also instructed dance and sport with children.


Aside from writing novels, she is developing her script writing and editorial skills. A busy bee, she is also a self-confessed fabric geek and loves making bags and corsets.

Seven Point Eight:
The most powerful number in the universe.
The number that connects everything.

A long time ago, our ancestors lived in a very different world
from the one we inhabit today. We understood the language of the Earth, the stars, the sky people and we knew of the Number. This was a moment known as The First Time.

But over time, we forgot all of this and the wisdom of the Number was lost too. We walked through life asleep, ignorant of the truth.

Yet we retain a deep and hidden memory of everything that we ever were. There lies within us the hope that one day, we can re-connect with the language of the Earth, the stars, the sky people and the wisdom of the Number. The moment has arrived for The Second Time.

It is time to wake up.

A physicist begins a quest to measure the soul but soon finds himself drawn into the world of the enigmatic Max Richardson, where research is sold to the military at the highest bid. However, he soon discovers another purpose when an extremely talented young psychic enters his life. He devises a project
and builds a team to stretch the frontiers of exploration, only to make a reality-shattering discovery...

The First Chronicle is the beginning of a 5 part epic which
follows the spiritual and emotional journey of five people; their quest to understand the universe and our place within it. Along the way, they address the fundamental questions we all seek answers to:

Why are we here?
What is the purpose of the universe?
Is there a God?

Quantum physics meets spirituality in a tale which begins in the 1940s, unfolds during the 1960s; an era of social and spiritual transformation and reaches its conclusion in the modern age.
It interweaves the human dramas of love, betrayal, bitterness and above all, courage in a world where everyone must face their own dark shadow.

Written in the style of a TV series, this is for those of you who love clever and intriguing story lines 'Lost' and 'Fringe' style.

This is a great read for fans of the paranormal, big
sweeping epics, metaphysics, science fiction, contemporary fantasy, alternate realities and new age/spirituality.

The 2nd edition is scheduled for release in February 2012, which will also make a great YA read for those who like some science with their paranormal. It's available through all common outlets as an ebook and paperback.

"An enthralling read from start to finish... this book has real originality and portrays an intricate journey... an intriguing and mind-bending journey that leaves the reader asking themselves huge life questions.'"
BookStackReviews.com

"Seven Point Eight has to be one of the most fascinating reads I've come by in quite a while... It's always risky to mix several genres and sub-genres but for this book, the execution was flawless... Captivating and intelligently written - definitely could appeal to fans of Star Trek, Star Wars, Dan Brown books, fans of the Jodie Foster film 'Contact' and anyone who loves X-Men"
Dream Reads

FREE TREAT FROM THE AUTHOR:-

Once in a million chance. Her book will be free from 16th April - 19th April on the Kindle Store. So what are you waiting for? Go and get your free copy on there three days.

Also the tour hosts will be getting a variety of cool treats to post on these days about her book.